Veeragase dance: An aggressive and vigorus dance difficult to perfect 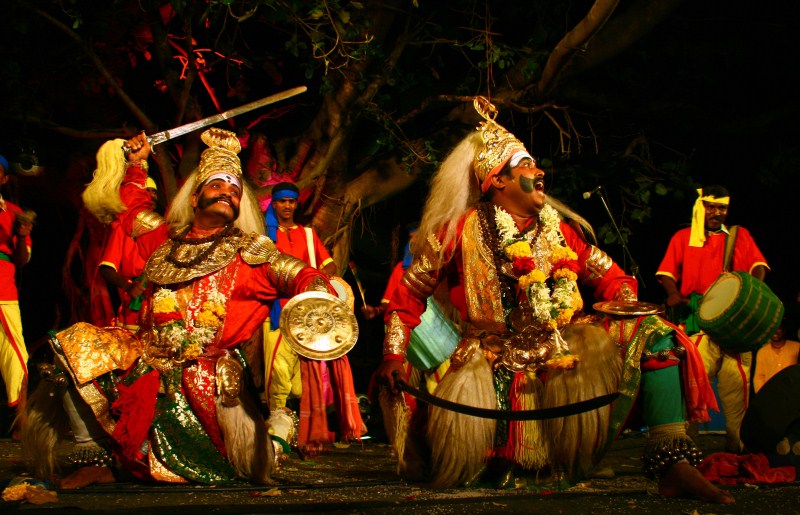 Veeragase is a mythological, vigorus, aggressive and an ancient folk dance. It is only found in Karnataka and it is very popular here. Veeragase is the name of the garment worn by a soldier when he is at war. Veeragase was a geart warrior who was created by the sweat of Lord Shiva. Mythological stories state that when Lord Shiva got angry by the news of death of her wife Sati he got angry and started dacing Tandav a dance form and a drop of sweat fell on the earth and created Veeragase. He was a geart warrior.This dance form is realted to Hindhu community. It got it foundation from the dance named “Veerabhadra Kunita”. A visible difference between these two dances is that “Veerabhadra Kunita” is a solo dance and Veeragase is performed with two to six members. It is mandatory that the number of dancers should be even. Another important fact is that it is performed by a community names the Veerashaivas. They are the worshippers of Lord Shiva and Veerabhadra. This dance is also performed to praise the Hindu gods. 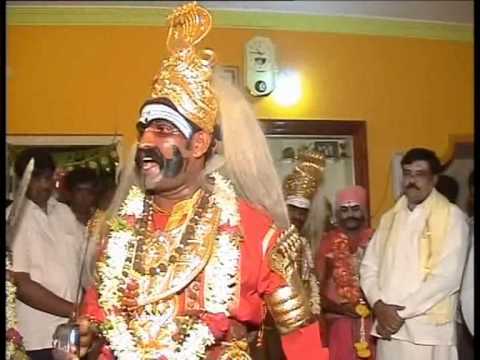 The dance is performed in open. The dancers are taken to the procession spot directly. There they are divided into pairs. There is a narrator who narrates the story of Daksha yajna. The dancers perform the requisite steps on the tune of the music provided by the traditional instruments. 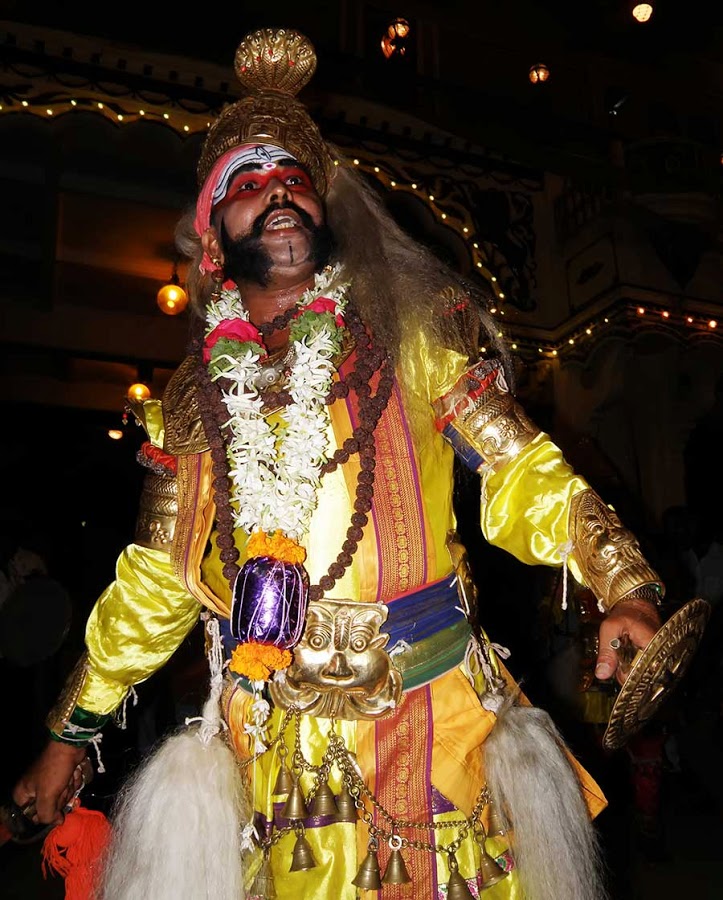 The dancer wears a red shirt, red dhoti, a waist band, a garland of Rudra around the neck, anklets and knee bands. He also wears a wig. He has a sword in this right hand. A knife can be seen in the left hand.He also applys makeup on his face. He paints his eye brows in red. He applies Vibhuti and Kumkum on his forhead. He wears a metallic chestband.Sometimes the dancer wears a handgear in his head. The dancer pierces a neddle across the mouth.

The instruments used for this dance form is sambal, dimmu, Cymbals and shehnai. 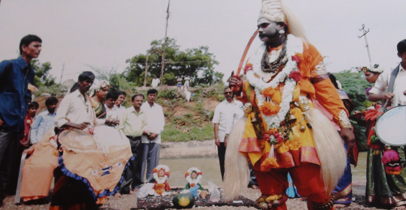