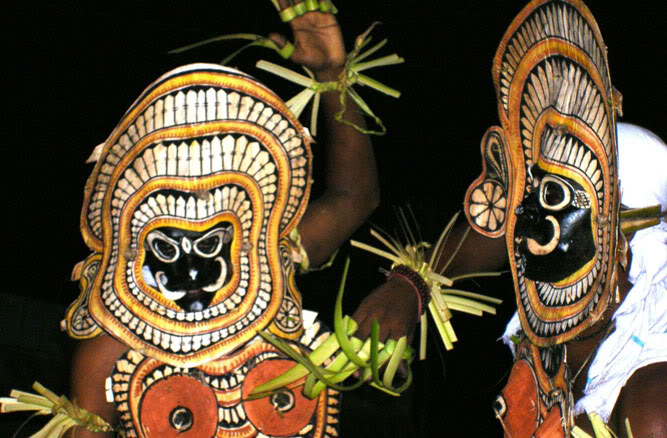 Padayani also known as padeni is a ritualistic dance form which is very popular in kerala.It is known as a ritualistic dance because of two reasons. First it is performed in temples and second it is performed to worship Goddess Kali. In the ancient time it was performed to heal the illness of a sick person whose disease could not healed by medical facilitites. The word padayani literally means military formations or rows of army, but in this folk art we have mainly a series of divine and semi-divine characters potrayed in the dance. 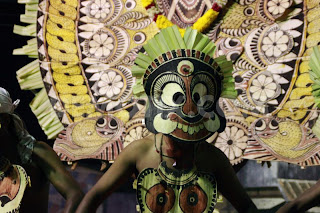 Different facial expressions and gestures are used to express the mood of the character potrayed by the dancer. The major characters of this form are Yakshi, Kaalari means Lord Shiva, Bhairavi means Bhadrakali and Pakshi means bird.The dance movements are different for different kolams (characters). The dance movements are an identification mark for the characters. In addition to that specific leg movements and footsteps are also associated with every dance performance. 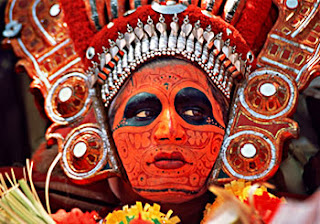 The attire for this dance performance consists of colourful masks and spectacular headgears called ‘kolams’. In addition to that they apply special makeup on their face. The attire shows the situation of killing the devil. It is prepared with coconut leaves, charcol paste, manayola (a mineral) silks. The faces of the dancer are painted black and white.

In this dance form different type of songs are used for different characters. They are nothing but peoms. These poems are recited during a dance performance.

Only a single type of instrument is used in the dance performance which is known as thappu. It is a one sided drum. 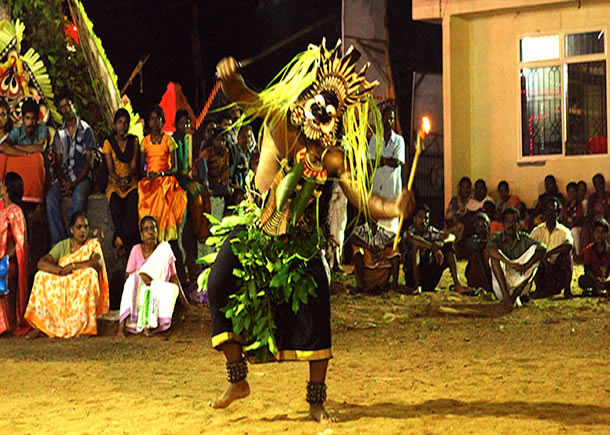 The dancer requires a lot of energy and boost for the performance. Only a skill ful dancer can successfully finish a dance perfromace.

This dance form lasts for one week. This dance performance is organised in the month of March and April. 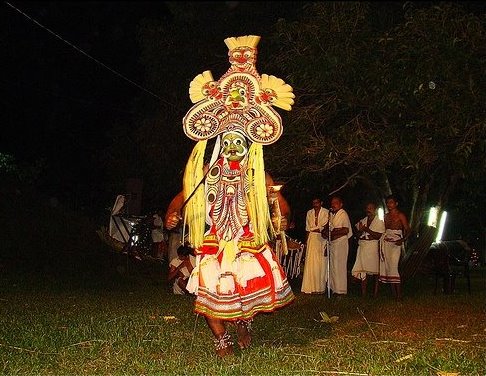 The mixture of music, dance, theater, satire, facial masks, and paintings makes it tense and beautiful.