Koothu Dance: A theme based dance and narrative comedy act 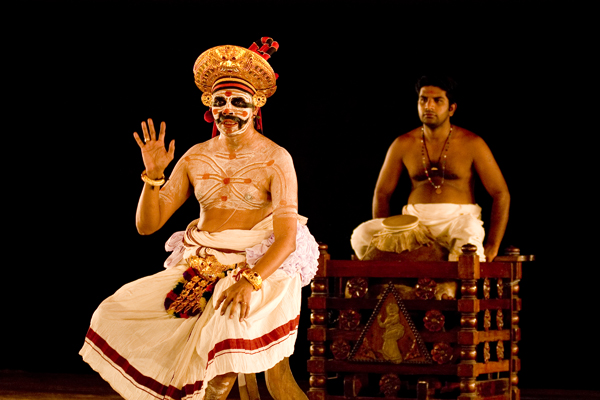 Koothu Dance is one of the prominent and oldest dance forms of Kerela. This dance is a combination of acting and dancing. Koothu means dance.The principles used in this dance form is closely related to the principles laid in the Bharatha's Natya Sastra. This dance is 1800 years old. It is mainly performed in temples and the audience was mostly restricted to the upper class Hindus. 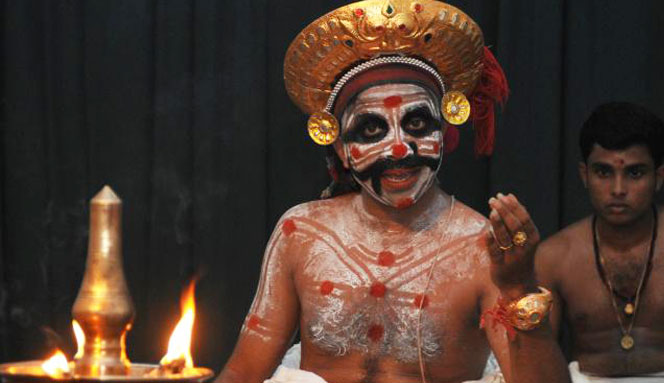 It is a theme based dance. Themes are based on Lord Krishna. In addition to that this dance themes are also based from the ancient epics stories such as he Ramayana and The Mahabharatha, these stories are available in the Sanskrit Language. 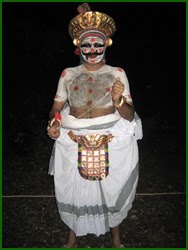 The attire for the dance performance consists of a colourful costume and different types of headgear. He has a black moustache with his trousseau smeared with sandalwood paste and red dots all over the body. The artists also apply special makeup. The headgear resembles snake's hood, to symbolise the narration by Anantha, the thousand headed serpent. 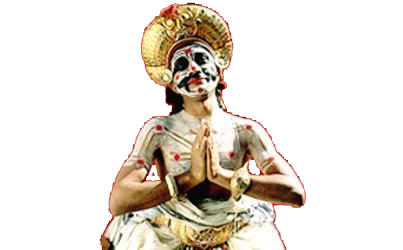 The dance is a solo performance and is mostly performed by the males. Sometimes they are presented by the Nangiyar women. This is called as Nangiyar Koothu.

Padma Shree Mani Madhava Chakyar is considered as the greatest Koothu and Kutiyattam artist of modern times. He brought Koothu and Kudiyattam outside temples by performing it outside for common people.