Karakattam: An act of balancing pots with body and arms movements 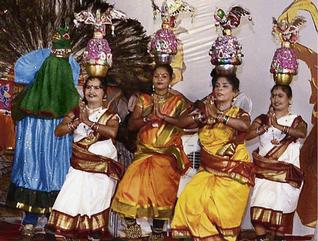 Karakattam is an ancient and major dance form which originated in the state of Tamilnadu.  It is known as ‘Kudakoothu’. ‘Karakam’ means water pot. In this folk dance the dancers balance the water pot on their head while dancing. It is performed to praise the rain Goddess ‘Mariamman’. This village originated dance form is performed in the month of August because people believe that Goddess ‘Mariamman’ protects them from diseases like small pox and and cholera. 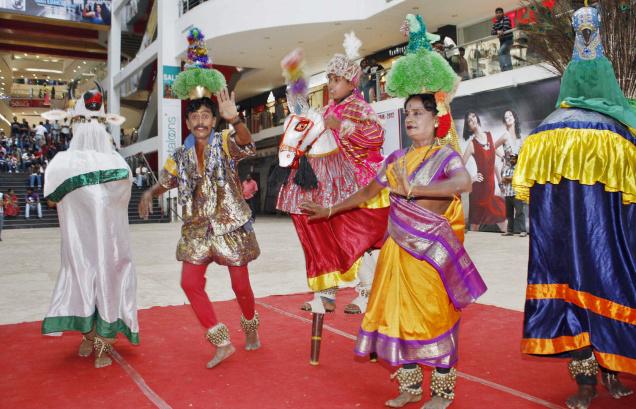 This dance from can be classified into two type. First is known as Aatta Karagam which is usually performed in temples as spiritual offering to the Goddess. Second is called Sakthi Karagam which is performed on stages for entertainment. It is a symbol of joy and happiness. 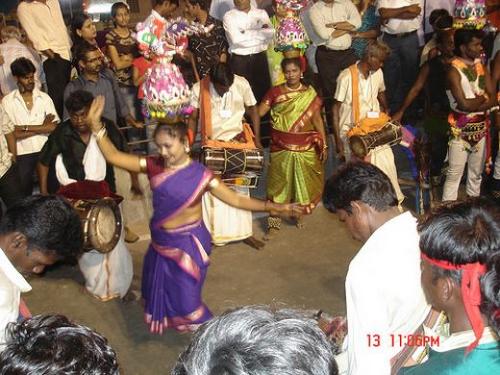 The dance is much more than just balancing pots on the heads. It depends on the skills of the dancer. Pots on the heads, the dancer dances on the edges of a shallow vessel and revolved it with his feet. In addition to that he/she can put a heap of grains on a wooden plank. He inserts a long needle into it. Then, bending down, he picks up the needle using his/her  eye-lashes. The scene looks spectacular to wacth. When the performance is going on people are so thrilled that they start biting their nails. The dancer can place bottles on the wooden plan and he/she can dance on it. He/she can go up and down on the step ladder. These acts would make you applaude the dancer. 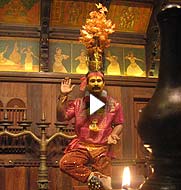 This was about the dance movements/steps. Now the pots used in the performance are decorated with flowers. Sometimes a parrot is also used for the decoration purposes. Traditional pots are made up of mud but now they have transformed into stainless steel pots. 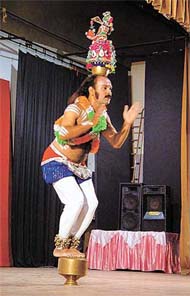 The dancers dress themselves into colourful attire which makes this dance elegant to watch. The costume for women consists of colourful sarees, garland in the hair and some ornaments. In addition to that they also apply makeup on their face.

This dance is performed by both men and women. It can also be performed in pairs also. The act can be solo or it can be grouped. *