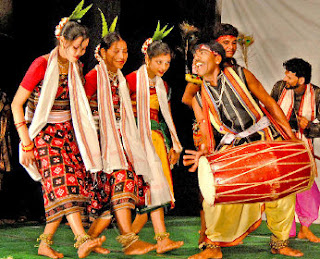 Dalkhai is a popular folk dance which is very popular among the tribals of Odisha. It is performed on festive occasions like Dusserah, Bhaijauntia, Phangun Puni and Nuakhai. It is a way of worshipping Goddess Durga. ‘Dalkhai’ in Oriya language means ‘lady love’. It is known as Dalkhai because in the beginning and end of every stanza the word is used as an address to a girl friend.

The theme for this dance is love story so this dance potrays the love story of Radha and Krishna. In addition to that it presents some of the episodes from the tales of Ramayana and Mahabaharata. 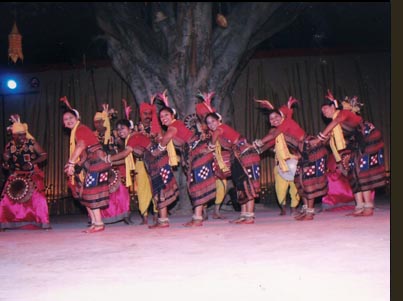 The dance is performed by the ummarried girls. The ladies group themseleve. Each group consists of four to six members.  The dance movements consist of placing the legs close together and bending their knees. Another step is to sit half down and move forward and backward on the tune of music. The group perfrom this steps in circles. The circle moved in clockwise or anticlock wise direction. Apart of dancing these ladies also sing songs which depicts the natural beauty.

The instruments used for a performance are Nisan (gaint drum), Dhol, Tamki (one sided drum played with two sticks), Mahuri, Tasa. The dhol controls the tempo of this dance. The music department is in the hands of the male. 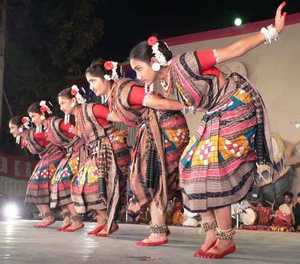 The attire for women consists of colourful Sambalpuri Sari and a long scarf on the shoulders. The ends of the scarf touched the bottom part of the hand. In addition to that they wear their traditional jewellery in their neck, hands and feet.They also put a garland in their hair. The costumes for men are also very colourful. They wrap a colourful cloth on their hair and tuck white flowers in it.  They wear a colourful dhoti and a closed t-shirt which has some patterns designed on it. This matches the costume of the lovely ladies. 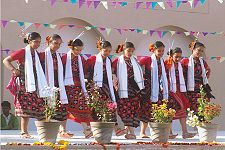 The dance form is performed publicly. The dancers choose a spot.Next they make an idol from sand collected from the river. Next they worship it. This initiates the dance performance. The dance is performed for 36 hours.