Yakshagana: A theme based dance drama based on secular and epics stories 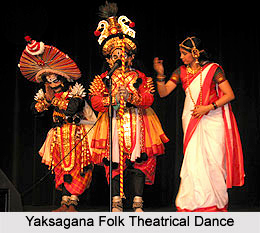 Yakshagana is a popular dance drama which originated in the 16th century in the state of Karnataka. Yakshagana means songs of the Yakshas. According to Hindu mythology Yakshas are demi gods and the attendants of Kubera. This folk based theme dance is a combination of song, dance and drama. In the ancient times it was known as Bahunatakas. This dance form was influenced by great dancers and singers known as the Yakshas or Jakkulas. Latter on it got the name Yakshagana. 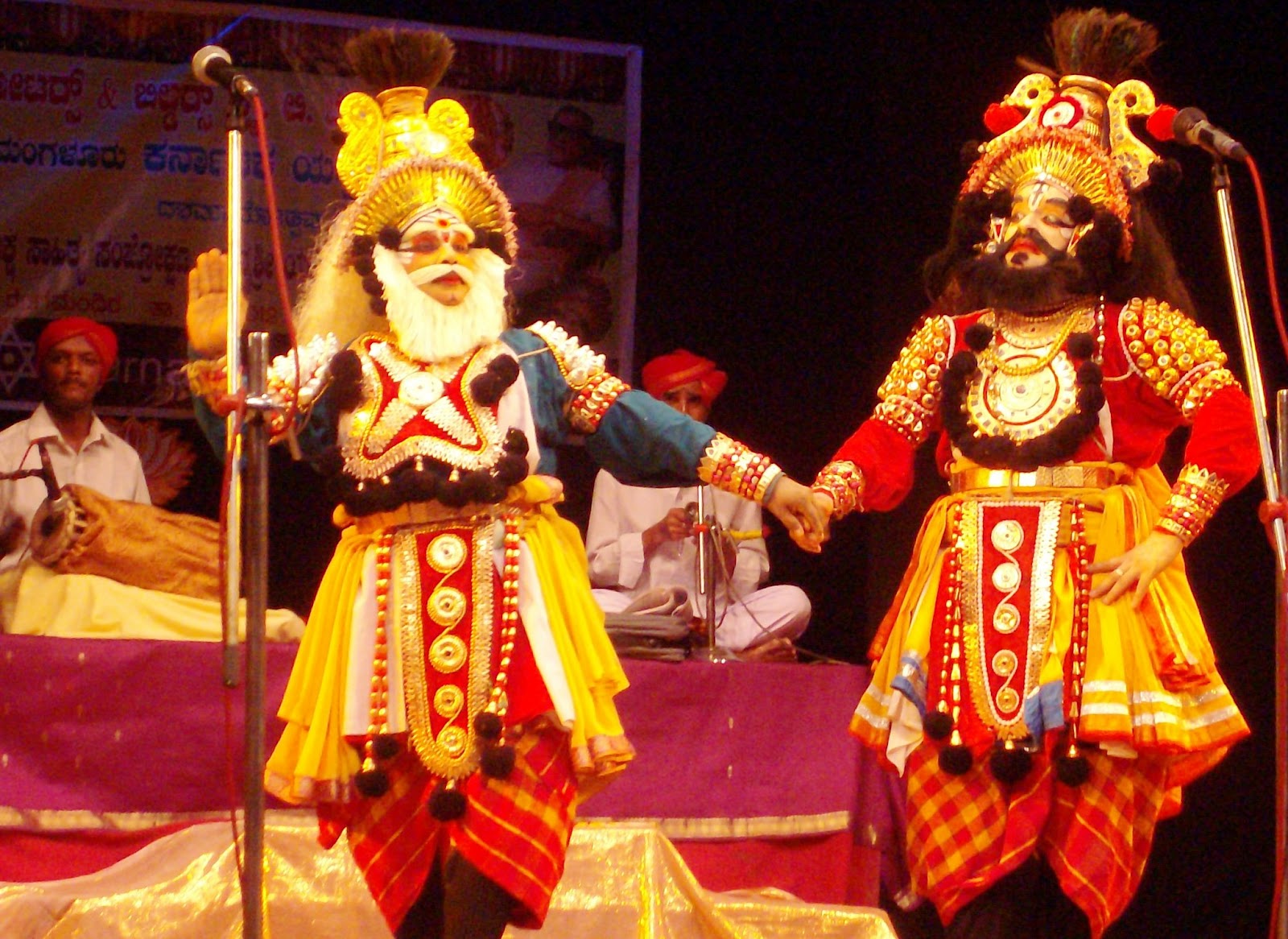 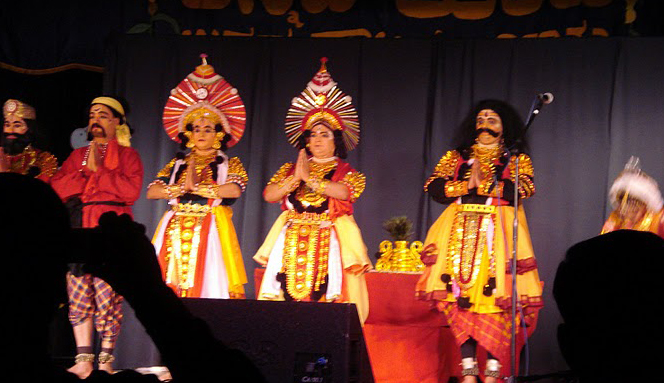 In the beginning, Yakshagana was performed by only a single dancer. It was during the 17th and 18th century, that it regained its current form of a dance drama where various characters were introduced. The female roles are portrayed by male actors. A dance performance consists of a narrator who narrates the story. He is supported by the musicians who play traditional instruments. The actors portray the story through the actions. In the practise session the actors have a long debate so that they are clear with the events in the story.

The instruments used in the play are maddale, bells and chande. Maddale looks similar to mridangam or dholak. The chande is a drum. There can multiple maddle and chande for a performance. The bells are usually worn in the fingers which produces lovely music.

The costumes used in the performance are colourful. The costume helps in figuring out the character of the actor. The costumes consist of headgear (Kirita or Pagade), Kavacha that decorates chest, Buja Keerthi (armlets) that decorate shoulders, and belts (Dabu) all made up of light wood and covered with golden foil. The ornaments are made out of light wood, mirror work, colored stones. The ornaments help to reflect light during show and add more colour to costumes. In addition to that the ornaments cover the vest and upper half of the body. A dance performance also includes a detailed facial makeup which takes three to four hours for completion.

Traditionally Yakshagana was performed at night and can continue for five or more hours.

It is not just a medium of entertainment rather it also offers a brief insight into the life style and culture of the people there.