Dandiya Raas Dance is a popular folk Dance of Vrindavan, India. It is the dramatization of a mock fight between the Goddess and Mahishasura - the mighty demon-king. The sticks of the dance represent the sword of Durga. In addition to that scenes of Holi, and lila of Krishna and Radha can be seen during this dance. It is organised during the nine days of navratri festival. It is the featured and most popular dance of Navratri evenings in Gujarat. It is performed in other states to honour Goddess Durga. It is performed before Aarti 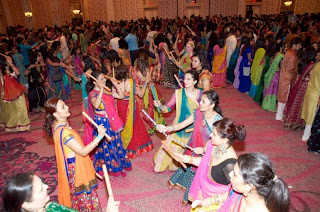 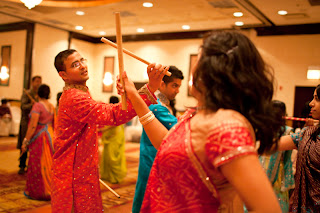 Dandia is a dance form usually performed in a group, by both men and women. It is performed at social functions and on stage. The main feature of Rasa is dancing in a circle by men and woman, to the accompaniment of musical instruments and keeping time either by clapping or beating of two sticks. The number of dancers go from 8,16, 32 up to 64 couples, who also sing the song. Grace and slow movements are just as important of the dancer in the circle. The exact dance is extremely complicated and energetic. At least two circles are formed. One revolves in clockwise direction and the other one revolves in the anti-clock wise direction. 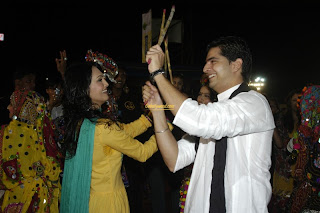 Dandiya Raas songs are mostly in praise of Mother Goddess Amba describing her form, powers, and invoking her blessings. Also there are Dandiya Raas describing seasons and social themes of domestic ends and married life. Pre-recorded cassette which contains non- stop remixed Raas music is used on the occasion. As the time passed the disco beat and use of western drum became popular in these events. 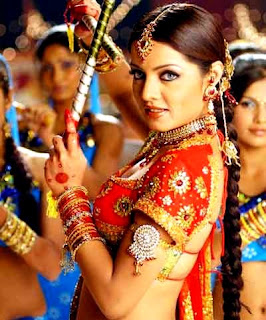 There is a dress code for this type of dance. It is different for men and women. For women it is a three-piece ghagra, cholis, and odhni. Men in Dandiya dress up in matching colourful traditional dhotis and aangrakha or kurtas with loads of mirrors on the dress. The vibrant clothes of the dancers make the performance more colourful  to watch.

The dance is a very energetic and fast paced activity, which leaves no scope for lethargy. 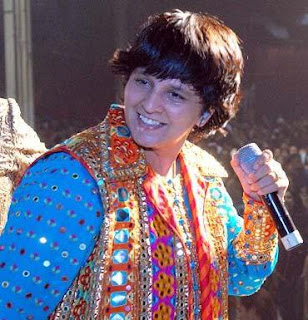 Phaguni pathak is one of the most famous singers who sing during the garba dance performance. She is known as the undisputed Queen of Dandiya. She is a very talented and energetic performer. She is very popular with the Gujarati community where she is called to perform for popular festivals like Navratri.