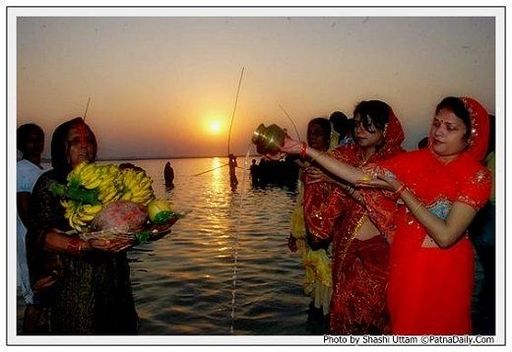 Chhath Puja is a Hindu festival in which Lord Sun is worshipped. It is the only festival in the world where devotees offer salutations to the setting and rising Sun. Second, this festival is closely related to the environment. The word Chhath denotes the number six. A week after Diwali the festival Chhath is celebrated. 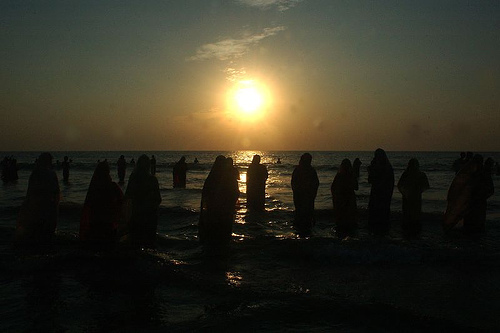 It is a festival in which the devotees do not require to visit a temple. In addition to that it does not require the devotees to dress in their best clothes as it is not compulsory. The banks of a river or pond are the ideal prayer location. Before sunrise, the devotees reach the riverbank again and offer prayers to the rising Sun. Once the prayers are done, the devotees break their fast with the Prasad or the offerings. In addition to that a Goddess named Chhathi Maiya is also worshipped. She is also known as Usha which means dawn.
Chhath is a very colourful festival and new clothes are a must for the devotees. There is much music and a lot of singing of folk and devotional songs. 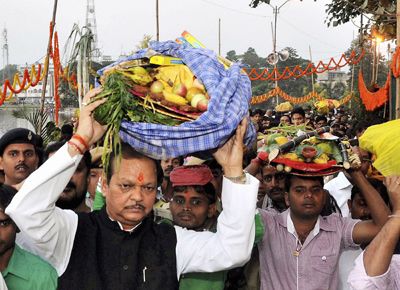 The offerings characteristically consist of deep-fried and sweet rolls of stone ground wheat flour, grapefruit, whole coconuts, bananas, and grains of lentils. During the Puja, these items are contained in small, semicircular pans woven out of bamboo strips called Soop. The men carry the Prasad in a basket of bamboo weaves. The basket is called Dala. That why this puja is also known as Dala Chhath Vrat. The basket is held high above the crowds’ hands for the fear of it being soiled even by chance with an impure touch. The Prasad is made from all the things obtained from the nature so this festival relates to the environment.

The enormous faith in Chhath Puja has made it one of the most popular festivals. People pray to Sun god for their well-being. It is believed that people get their wishes fulfilled, if they observe Chhath Puja. There is a popular belief that worshipping Surya will help in curing diseases like leprosy and also ensure longevity and prosperity of the family. 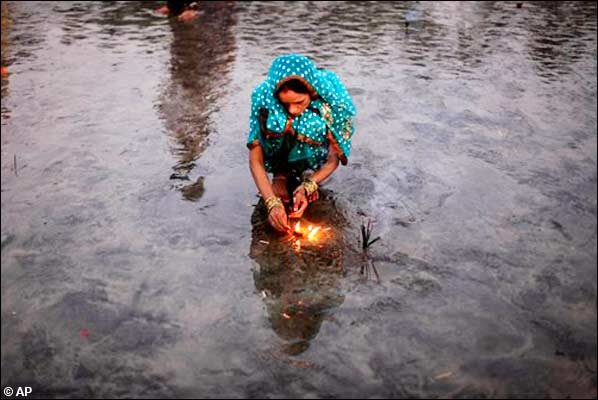 First day of Chhath Puja is called Nahay khay which means bathe and then eat. Second day of the Chhath is called Kharna. On the day the devotees take food after offering the prasad to the cow. Third day is called Sanjhiya Arghya or evening offerings. On this day the prasad prepared is offered to the setting sun. On the last day which is called Paarun the devotees go to the riverbank before sunrise to make the offerings to the rising sun. The offering made to the sun is called Aragh. 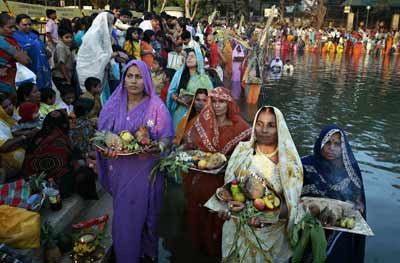 Chhath is the festival of truth, non-violence, forgiveness and compassion. It is a very sacred festival. It connects modern Indian to his ancient cultural roots.