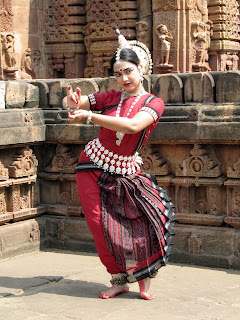 Odisha which is an eastern state of India is known as the home of Odissi, is acknowledge as the eight classical dance forms. On the basis of archaeological evidences found in the caves of Udayagiri and Khandagiri near Bhubaneshwar it is evident that it originated 2nd century B.C. This fact makes it the oldest surviving dance of the modern India. Evidences also suggest that it originated as a court dance. This dance form influenced other communities like Jain’s and Buddhism. Initially it was performed as a temple dance. It was performed by a community called Maharis who dedicated their lives in the services of God.  This dance was used to worship Lord Shiva who is known as master dancer himself. He is also known as Nataraj, the Cosmic Lord of Dance. 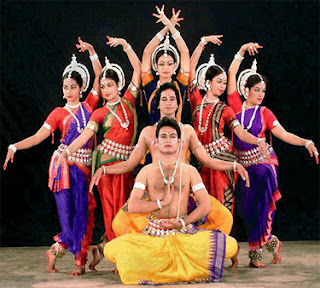 Facial expressions, hand gestures and body movements are the main constituents of this dance form which reflects certain form of feelings. The torso movement is very important and is an unique feature of the Odissi style. With the lower half of the body remaining static, the torso moves from one side to the other along the axis passing through the centre of the upper half of the body. Foot and leg positions makes this dance majestic to watch.

Odissi dance is performed on Odissi music. This music is a blend of four classes of music which are Dhruvapada, Chitrapada, Chitrakala and Panchal. Dhruvapada is the initial lines which are sung repeatedly. Chitrapada is known as the arrangement of words. The use of art in music is called Chitrakala. The speed of song being sung is synchronized with the music which makes it pleasant to the ears. The instruments used are pakhawaj, Bansuri, Manjira, Sitar, Tanpura. 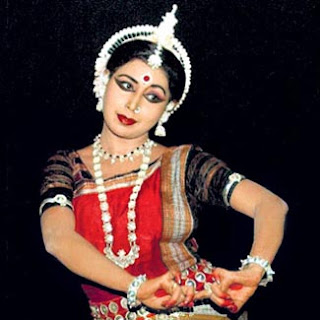 The jewellery used during the performance is made from silver. It is an integral part of a female dancer. Some of the jewellery used during a performance are Seenthi, Tikka, Mathami, Allaka, and Kapa. The armlets also known as Bajuband are worn on the two arms. The female dancer also waers makup which includes Bindi on the forhead and Kajal in the eyes which make her look preety. The Saree worn by Odissi dancers are generally coloured with bright shades of orange, purple, red or green.

The dance is performed mainly with the theme of Infinite love of Lord Krishna and Radha. A typical recital of Odissi will contain at least one or two ashtapadis (poem of eight couplets) from Jayadeva's Gita Govindam, which describes in exquisite Sanskrit poetry the complex relationship between Radha and her Lord. It is a dance of love, delight and intense passion, lyrical, pure, divine and human all rolled into one. The performance can be in the groups or it can be an individual also.

Great training is required to learn this dance form. It takes around five to seven years to get trained in this style.