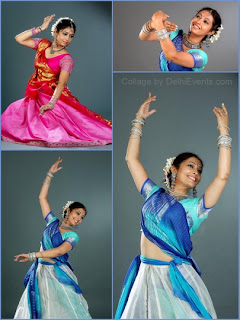 Kathak is the major classical dance form of northern India. The word Kathak is derived from the Sanskrit word “katha” meaning story. This dance form reflects the art of storytelling. Kathak has roots attached to the ancient times where professional known as kathakas or story tellers used to show their dancing skills. They used to recite or sing stories from epics and mythology with some elements of dance. They used their dancing and acting skill to present some parts of the Mahabharata and the Ramayana, the Puranas of Sanskrit literature. In the 15th-16th century at the time the Bhakti movement, Rasalilas had a tremendous impact on Kathak. Kathak was used to narrate tales from the lives of Radha-Krishna. In addition to that these as kathakas or story tellers included the tales of Radha-Krishna childhood. In this times Kathak was related to devotional performances. 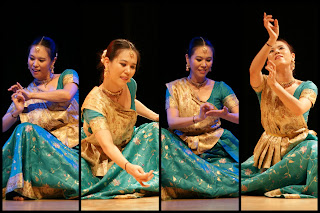 There was a major shift in Kathak during the mugal period. Before this period it was used for devotional performances. During the Mughal period it gained prominence. It moved from temples to the king's court. Now, it was seen as a source of entertainment. Dancers were imported from North Aisa. There was also some change in implementation also. Folk dances were performed in the court to please the people present there. Later Kathak was also extensively performed by tawaifs. They frequently performed on classical music of such as dadra, kajri and tappa as well as thumri.

Many emperors and princely rulers contributed to the growth and development of Kathak into different gharanas, or schools of dance, named after the cities in which they developed. Kathak developed in the Jaipur gharana. In the east region it is known that Wajid Ali Shah, the last nawab of Oudh and himself a student of Kathak. Lucknow gharana has roots attached to Wajid Ali Shah. He had a dancer named Thakur Prasadji who contributed to the growth of Kathak. 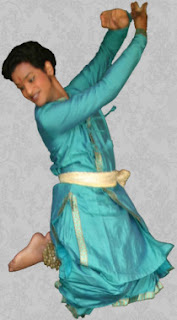 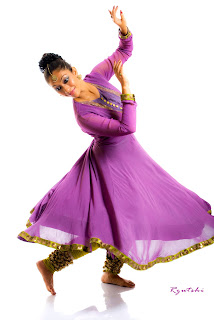 Costume sometimes consists of a sari or the costume is a lehenga-choli combination for females. For male it is a custom to be bare-chested and to wear a dhoti below the waist.

Today it is now one of the eight official classical dance forms of India. Birju Maharaj, Acchan Maharaj, Shambhu Maharaj, Lachhu Maharaj and one of the great current dancers still alive today. Many people are working in spreading the popularity of Kathak. 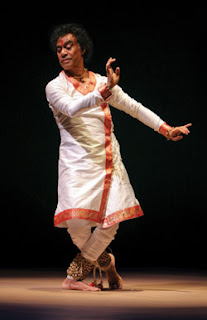 A prolific artist, his performance, choreography and evolution of Kathak, classical dance of North India, have influenced the art form world-wide.As a committed guru, he has trained many dancers who have gone on to establish their own careers in Kathak dance. Trained from the age of nine by his guru, Pandit Ram Narayan Misra, Pandit Das was schooled in both major Kathak traditions, embodying each in his artistry.Pandit Das has also received numerous awards and grants from Olympic Arts Festival, National Endowment for the Arts, National Dance Project, California Arts Council, Rockefeller Foundation, Irvine Fellowships in Dance, among others.