Kalbelia: A dance close to the nature 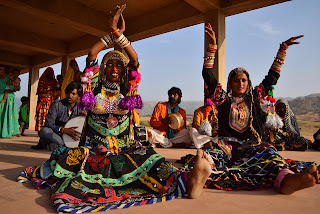 Kalbelia is one of an aesthetic dance form which is very famous in the state of Rajasthan. This dance is performed by the tribe of the same name. This is an ancient tribe and the community is very similar to that of serpents. Their main occupation is snake catching and trading them. This dance form is an integral part of this community. In addition to that it reflects their living and culture.

This dance is a group effort. Both men and women play their part in a performance. This dance is a representation of joy. Due to this this dance is performed on festive occasions or a cultural event. The actual fun of their performance can be enjoyed at the gatherings somewhere around the festival of Holi. 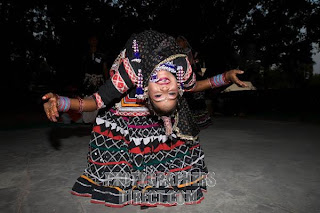 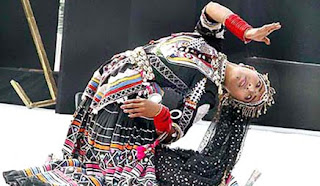 The dance movements have a similarity to the movements of a snake. It is characterized by rhythmic stomps, hip movements and kicks, ever-changing hand movements, spinning, dancing on the knees, and dancing with partners. As the dance progresses the pace of the rhythm goes on increasing so does the dance. There can be more than three females dancers on the stage at the same time. 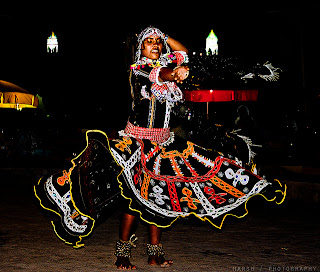 The costume also resembles that of a snake. The Kalbeliya women dancers wear long, black coloured, drindled-skirts heavily worked with embroidery and light-coloured thread along with small pieces of mirrors. In addition to that on the head, the female Kalbelia dancers wear Odhani. This costume draws the attention in a somewhat strange way. The clothes are a blend of red and black. These colour combination makes the dancer attractive in the eyes of the spectators. The female dancers also wear jewellery and garments which have small mirrors and silver threads embroidered on them. 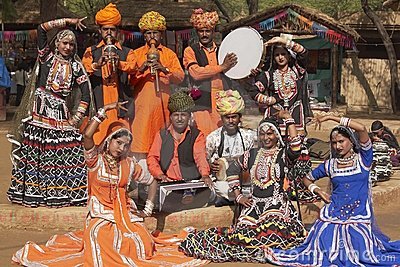