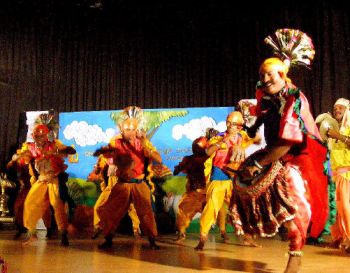 Ghumura is a folk dance which originated in Kalahandi district which is situated in Orrisa. It gets its name from a home appliance. It is the bowl of soil is called Ghum. U stands for Lord Shiva and Ra is the description of sound. It is a pot which is used by the women to store water. Some say that it is a tribal dance because the clothes worn by the performers resembles to the tribal living there. There is another group who things that it is a classical dance because it bears some resemblance with other classical dance forms of India. 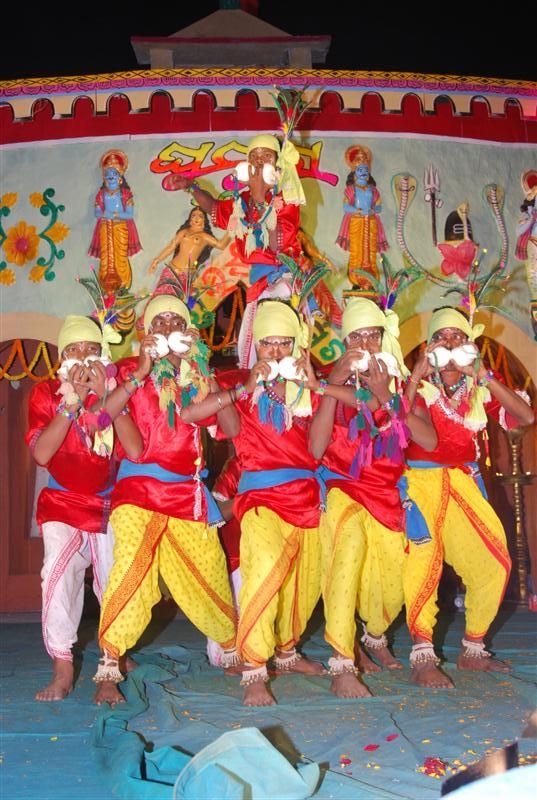 The are many historical and Archaeological aspects which supports the origin of the dance form. As per the description found in Mahabharata, Ghumura was being used by both Gods and Goddesses as a musical instrument during war. Ghumura was a war music of Ravana, the king of Lanka. Chandi Puran describes that Goddess Durga asked the Gods to lend their weapons to Kill the evil demon king Mahisasur. Per-historic period cave painting discovered from Gudahandi of Kalahandi and Yogi Matha of Nuapada district that looks like Ghumura proves that this dance form existed at the time.

This dance form has male participation and domination. It is a group dance which is heroic in nature. The dancers dress themselves into tribal outfits. In the early days it was used to excite the soldiers during the war. While performing, the Ghumura dancers and singers of each group used to ask very complicated question related to socio-economic and political problems to their competent opposite group through the medium of the songs. This gave birth to the contemporary form of Ghumura-Ladhei or Badi-Ghumura in Kalahandi, which is very meaningful, attractive and enchanting too.

Specialty of Ghumura dance is that in this folk form the same artist is the performer on the stage and he himself is the dancer as well as the instrument player. No backstage accompanying instrument players are needed in Ghumura dance. The whole group of persons on the platform themselves create the melody.

The dance needs playing of the instrument Ghumura with both the hands throughout the performance. Ghumura instrument was formed by combination of a portion of Dambaru, a musical instrument of Lord Siva, and Veena of goddess Saraswati. Sometimes a flute is also added to produce an enhanced melody. In these days a singer is also added.

This dance form has earned a lot of name and fame in the recent time.  The dancer have also shown their skills abroad.