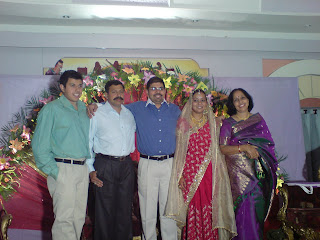 Odisha 9th largest state by area, also known as Orissa is a state of India. The Bay of Bengal touches it boundary. Oriya is the language spoken by the majority of the people of the state. The people in Orissa believe in simple living. It reflects in their lifestyle. A wedding is also a simple affair. People of Odisha consider wedding a joyous and it consists of many pre-wedding and post wedding rites and rituals. Here is a brief description of some of the most common pre-wedding rituals.

It is also known as the engagement. It occurs at the bride's place. The fathers of both the bride and the groom take an oath that they will wed their children. The couple does not take part in this ritual.

This ritual opens the door for other rituals to be conducted. The wedding invitation cards are distributed. In this ceremony first card sent to the famous Temple Puri and after that second card sent to the maternal uncle of the bride and groom.

It is conducted one day prior to the wedding day. Seven married ladies apply turmeric paste on the hands and feet of the bride. Next she is given a holy bath. The people also bless the bride for a happy married life. The tradition is mainly performed for the beautification of the bride.

This ritual marks the stoking of the fire after the bride is given her ceremonial bath.

This is a religious ritual which is conducted in a goddess temple. Prayers are offered before the goddess to get the blessings of the Gods for a long and married life. In this ritual the wife of the barber plays a very important role. The female barber offers the bride's bangles, toe ring, sindura and sari to the Goddess.

The procession which starts from the groom's house for the bride's house is known as Barajatri. It consists of close relatives and friends.

In the Baadua Pani Gadhua custom, the girl's side informs the bride that the baraat has come. Thereafter, arrangements are made for her holy bath. The bride is informed of the groom's arrival and then she takes another ceremonial bath called Baadua Pani Gadhua.