India is one of the most religiously diverse nations in the world, with some of the most deeply religious societies and cultures. Religion still plays a central and definitive role in the life of many of its people. This stands true for marriages in India. The majority of Indians have their marriages planned by their parents. A parsi marriage is also planned by the parents and it is conducted with great eagerness and intensity. 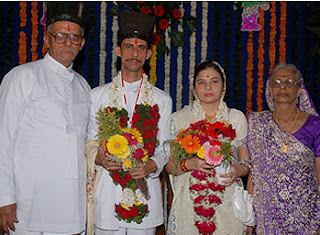 This is the unofficial engagement between both the families. Ladies from groom's family visit the bride's house and gift her silver coins and shagun. This ceremony is repeated at the groom's house as the bride's family visits them. Groom Adravanu or Nam Padvun 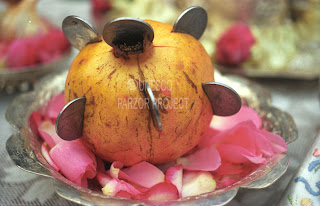 Each party goes to other's party's home and present them presents of silver coins. This denotess that thay are ready for alliance. After the engagment is done the the bride takes the name of her husband, even if the marriage does not later occur. This engagment is often performed quickly after a marriage is arranged.

It is performed four days prior to the marriage ceremony by both the parties. Thursdays and Sunday are considered best for this custom. A flowerpot 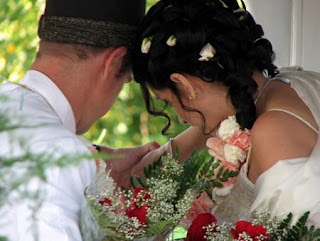 with a mango plant, planted in it is kept in the house.  Two lamps are lit, one in each of the homes of the marrying parties. Once again the ladies travel to the home of the other party and place a silver coin upon the lamp. It is at this occasion that formal gifts are exchanged. This includes the exchange of wedding rings. 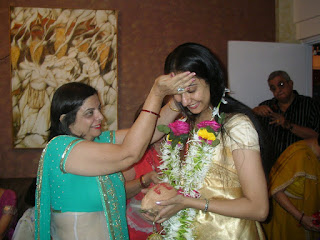 It is performed three days before the marriage. It is a ritual of gift exchanging. On this day the groom's family visits the bride's home to present her with all the gifts like clothes and jewellery. The bride can also visit the groom's place but the vice versa is not allowed. Later, all the guests are served a traditional meal of sev and dahi, boiled eggs and bananas. Varadh Patra It is a religious ceremony performed to honour the dead ancestors. Supra nu 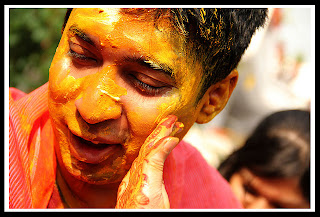 This ritual is similar to the haldi ceremony organized in Hindus. The groom and the bride are applied turmeric paste by five married women. The couple takes purifying bath after which they get ready for the wedding ceremony.